Through film and conversation, rePRO advocates for reproductive health, justice and bodily autonomy. We lift intersectional issues, using the power of storytelling as a catalyst for knowledge, intention and action.

The rePRO Film Periodical – featuring a new film and podcast each month – is generously underwritten and is FREE and available to anyone.

This month, voters across the U.S. demonstrated broad support for reproductive freedom. California, Michigan and Vermont passed ballot measures establishing state constitutional rights to abortion. And, like Kansas before them, voters in deeply conservative Kentucky and Montana rejected attempts to curtail reproductive choice.

This is what allyship looks like. If support for abortion rights had been limited to the people most affected by anti-choice legislation — i.e. those with functioning ovaries — none of this would have happened. Instead, a coalition of men and women, trans and nonbinary folks, the fertile and infertile, came together to protect this crucial right. We are deeply grateful and more than a little relieved.

We’re coming at you mid-month with a reminder that the Spanish-language “Sweet Potatoes” is our current short film selection. In our bonus Periodical Podcast, we hear from the Male Contraceptive Initiative. Finally, we’re dropping a few links to stories and videos you’ll love.

High fives all around,
Your rePROFilm Periodical Team

PS – Did you know, after abstinence, vasectomies are considered the most effective method of birth control?

Our Vol. 10 short film dramatizes the story of Luis Miramontes, the Mexican chemist who made enormous strides in the field of oral contraception, despite vocal opposition from a trusted friend and parish priest.

“Sweet Potatoes” doubles as a tender portrait of a devoted couple struggling to move past the death of a child.

Decades after Luis Miramontes hung up his lab coat, contraception is still mostly prescribed to women — but that may soon change. In this bonus episode, Asha Dahya speaks with Kevin Shane of the Male Contraceptive Initiative.

“No one could have imagined all of the incredible social advancements that birth control ushered in for egg producers: education, employment, etc. Similarly, we anticipate additional societal gains for all people once we have more equity with respect to contraception for all genders.”
— Kevin Shane

From George Strait to 2Pac, our Vol. 10 playlist is stacked with songs about allyship, admiration and respect for women. Put it on shuffle to remind yourself that (some) men are on our side.

In her new book “Ejaculate Responsibly: A Whole New Way to Think About Abortion,” Gabrielle Blair argues that we shouldn’t be regulating uteruses given the fact that pregnancy begins with sperm emission. It’s the perfect holiday gift for your favorite ejaculator!

Speaking of ejaculating responsibly … we’re intrigued by the reported uptick in American sperm producers pursuing vasectomies since the U.S. Supreme Court decimated abortion rights this summer. In this story, two men share why they got the snip.

Brian Nguyen on how male reproductive care benefits us all

rePRO team member Alex Sgambati chats with Brian Ngyuyen, an OBGYN, researcher and advocate, about how advances in male reproductive care will benefit the health of women worldwide.

Teen learns about menstruation, blows their own mind

When a British teen broadcasted their ignorance about periods on a viral video, they got schooled in the comments. While not the most scientific explanation we’ve ever heard, give this TikTokker credit for doing his research and trying again. That’s true allyship.

The Male Contraceptive Initiative created a series of short informational videos about the (cisgender) male repro system because “knowing how a man’s body operates is a critical first step to understanding how the next generation of male contraceptive methods will function.”

Believe it or not, Nov. 12 was the 10th anniversary of World Vasectomy Day! Celebrated annually throughout the month of November, WVD is “a global movement to increase male engagement in family planning, increase investment in sexual & reproductive healthcare for men and expand access to vasectomy training and services.”

Through funding and advocacy, MCI supports the development of new methods of non-hormonal, reversible male birth control. We love their mission of “reproductive autonomy for all,” individuals and families alike. And their website is packed with information about cis men and reproduction.

Thank you to our underwriters which enable us to bring you the rePRO Periodical for free,as well as compensate all of our storytellers and contributors.  Learn how you can support this public media initiative. 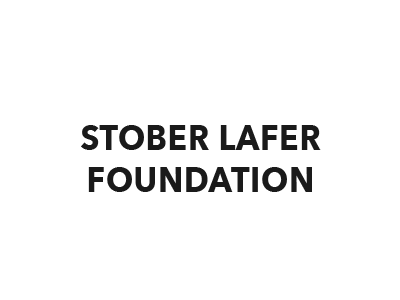 Through film and conversation, rePRO advocates for reproductive health, justice, and bodily autonomy. We lift intersectional issues, using the power of storytelling as a catalyst for knowledge, intention, and action.

Please follow and join the conversations on social at: